Mums and stories shares a distinctive story by a master storyteller. This is a mum who dared to be in a rare profession years ago. From being a history teacher to a librarian, she later chose a medium that sealed her identity as a professional storyteller.

Her career choice over the last 20 years has taken her to travel around the world, narrate stories, listen to stories, mesmerize adults and kids and be better in what she loves doing every day.

Geeta Ramanujam from Kathalaya talks about the love for being a storyteller and being a mum.

“I became a storyteller first to my daughter, Spatica Ramanujam. She was the only child and would play with a monkey puppet, Tutu and talk to the puppet. When she was just about a year old, much before I became a storyteller I would tell her stories of the Fox and the crow, the hare and the Lion and the Elephant and the old man. She would show lot of actions and recall every bit of the story. I learnt from her retelling what to avoid and what to narrate. In fact, my mother and father both told me stories when I was young and perhaps that is the reason I passed it on to my child too. I began to tell stories to her in the regional tongue a good way to develop the mother tongue too.

The best part of being a mum according to me is that you have a person to nurture care for and live for. It is the most beautiful emotional bonding in the world and a platform to give too.

Kathalaya has come a long way of reaching out to people with story telling for children and adults. Most people who enroll are parents, couples, young mothers or fathers and though they are in professional careers, they want to primarily be able to narrate stories to their own kids at home.

I know two shadow puppeteers in Devon, who are well known, Wendy and Michael Dacre and they make giant sized puppets and shadow play. They began doing it for their children at home and who have now grown up. In fact, they continue their art as grandparents and as professionals.

My daughter, Spatica is based in London and is using drama and therapy as a training tool to train adults with special needs. I remember once when she recalled the story of the Fox and the Crow when she was about a year and half, she did not like the fact that the Fox cheated the crow into throwing the bread down and she would change the story to the Fox holding his hand out to the crow and asking the crow” crow please tha” ( which meant crow please give me the bread ) and then the crow willingly shared the bread with the fox. Children have their own ways of indicating how to make the world a better place.”

Geeta Ramanujam has shared a short story with us.

I LOVE TO PLAY

“No, I cannot come. I have to go for music class” said Chamki

“No. I have to go for art class.” Said Guddu

Pattu came into the house with a sad face.

“Yes! That’s because I am taking you out to play in the park” said Ma

Her mother plaited her hair with two pretty clips and a lovely pink frock. Pattu put on her buckle shoes and holding Ma’s hands walked up to the park near her house.

Pattu ran towards the swing and Ma gave her a push that sent Pattu flying high.

Pattu was so happy and felt the air blowing whooooosh around her! She felt she was touching the clouds.

Pattu then ran to the slide. “four five, six seven eight nine and ten steps! She climbed the steps of the slide and sarrrrrr came sliding down.

Her friend Julu sat on the see-saw and they went up and down …Up into the sky and down where she could see Ma.

The sun had set and Pattu saw her mother taking to Julu’s mother.

She climbed up the giraffe slide and sat on its back. She came down and went up again.

They walked back together and saw all the crows and pigeons returning home too. Pattu was sooooo happy. At night she dreamt of sliding down the rainbows, catching clouds and playing see saw with the birds. She was sooooo happy.

Mums and stories is sooooo happy to feature this amazing mum and storyteller. Wishing Geeta Ramanujam many more occasions to enthrall kids and adults with lots of stories. 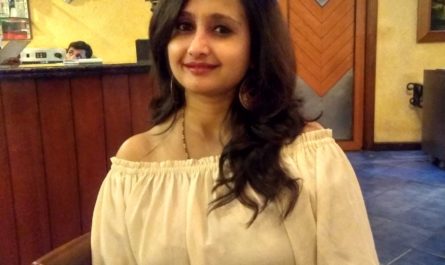 Reshma Venkatraman talks on art being an important aspect to her personality. 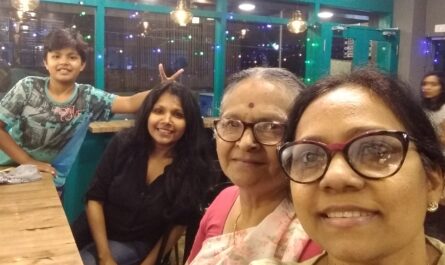 What Amma did and other pandemic stories -by Divya Sreedharan