A recent comment by a well known Indian actor’s wife had stirred a storm on the concept of parenting and comparing puppies and babies at home. This was more of the roles and responsibilities of stay at home mums vs working mums. If you have watched the movie ‘The Boss Baby’ that got released recently, the comparison gets interesting as conversations have begun on this topic even to influence children.

On Mums and Stories, we have this time a story of a pet parent. Pinky Chandran who heads the urban community radio station, Radio Active -90.4 MHZ, talks on why she loves the title of being a ‘pet parent’. This is surely one of the varied stories on Mums and Stories.

I am presently single and I have been conscious of the fact that whoever I date, he must accept that dogs have been my first love and I will always be a pet parent first, the rest comes later.”

On her opinion of the actor’s wife comparing babies and puppies with regard to parenting styles Pinky firmly says, “Every mother thinks her kid is unique and parenting style differs from person to person.  So while I am not commenting on the comparison, I think differentiating between a child and pet is the first step towards inequality. They both need care, they both are part of the family and if you notice, a pet parent would speak to dogs in the same language or tone that one would use while talking to a child.  Though, I must add after a point in time, both of them get independent and comfortable with the daily routines of the pet parent. While some of them throw tantrums, they pout, they destroy stuff, they want attention; while a few others are better behaved.

As far as I remember, since my childhood, I have always had a special bond with dogs. I would expect mom and dad to feed them the same way that they would feed me. It was more of an equal relationship. I vaguely remember we had Brownie, a cocker spaniel when I was about four years and then we had Sunny, a Samoyed –Pomeranian mix. And with dog thieves around, we lost him forever. And that was my first actual heart break at the age of 10. Dad knew that the only way to console me then was to get another one home. That’s when Leo came in.  Leo taught me to be naughty and so when we hated something, if would put his bed sheet in the food bowl, to soil it and I would happily give away my food to my sister.

When he died in 2004, I could not bear to have another dog. It tore my heart. And I would just mechanically feed the street dogs, pet them, vaccinate them, but I just could not get attached. It was a huge void. I then adopted three street dogs. While they did everything possible, to heal my wounds, I felt I could never feel love again. And then one fine day on February 8th 2010, Puchi was born in the drain opposite my house. We had to rescue the litter as it had started raining and we had to shift them to my place.  And since the mother had stopped feeding we had to take care of the litter. One thing led to other, till Puchi had parvovirus and I had to leave him at CUPA for recovery. It was one of those times of going to and fro to the vet and he looked into my eyes. I knew this was something different. The eyes, spoke to me, and something stirred. Was that maternal instinct? I don’t know. 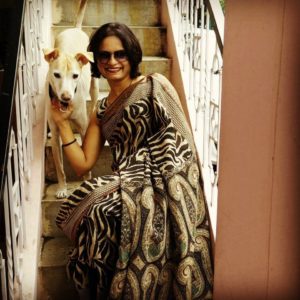 I remember it tugged my heart, and that same evening I went to a friend’s get together. And a random guy came up to me and said, “So I heard your dog has parvo, he will not survive”.

Something in me snapped, tears running down my cheeks, I yelled at him, stormed out of the party and began scanning the internet and I just knew I had to get the best treatment for him. And the rest as they say is history. He is a survivor from a broken leg, to seizure from anti rabies injection, from non-Hodgkin lymphoma to lymphoma, from severe weight loss to skin allergy, he braved it all.  And trust me, when I say the bravest thing I ever did was to feel doggie love again.

Personally my memories of growing up years was with my sister and our pets; as I had working parents. I think we were very independent in our thinking because of that. It made us responsible and aware of many things that keep a house going from budgets to bills, cooking, cleaning to planning studies and working part-time. We were also not stopped from going anywhere, as such, which made it easier in more ways than one to explore things around- hobbies, interests etc.

So after my graduation, I was very clear that did not want to regular bank jobs that most of my colleagues were getting into. I enjoyed writing and was exploring the possibilities of being a journalist when this offer came through with an Australian Company and I was taken in, for they were starting a branch in Bangalore. And that presented a huge opportunity, for me to put in practice all my management theories. And I loved the freedom, the growth. So after five years, when I decided to move on, I was exploring training as career, but Australia kept coming back to me and that’s when I discovered the world of community radio.

Later, I joined Jain University in 2005, a colleague casually mentioned that we must apply for a community radio license and it sounded exciting and we went ahead and completely forgot about it. In 2006 I was in Australia when an ex class mate mentioned in passing that she was doing Kannada shows in Sydney. I knew I had to be a part of this, and started off with the brick and mortar stage of the getting the studio ready and here I am, ten best years of my life.”

Coming back to talking on pets, Pinky shares, “Animals always have so much to offer. Pre-occupied that we are, we fail to see to notice the simpler things of life. When I was going through the feeling of void after the loss of one, though I had five of them filling my life with colour, I chose to see it in black and white, never reciprocating it should have been. It really does not hurt to stop your vehicle, take time off and hello a dog on the street. The love that they give is unconditional.

Many of my friends have dogs and children at home and the dogs very often than not take on the role of mother to the kids, or by simply shadowing them in everything. Over a period of time, they tend to get extremely protective as well. I think in the end it’s all about communication, it also about openly extending your family and building the trust of peaceful co-existence.” 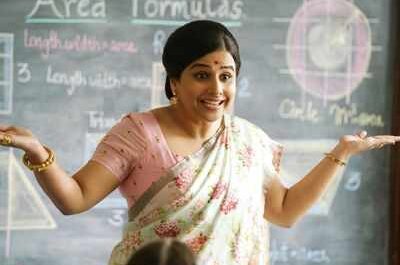 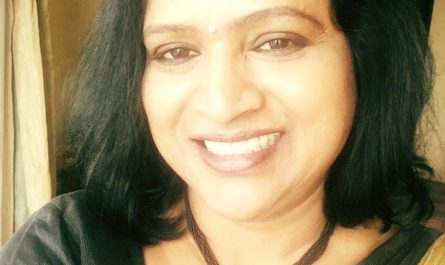