Janaki Murali is a known writer, author, journalist and a mum among the various roles she dons in life. She shares her journey with Mums and stories; a path that has been fruitful in recognizing herself as an accomplished individual with all its highs and lows.

When we lived in Bombay, my mom would suddenly appear in school to pick me up, to go to a restaurant to eat. I would hate going in my uniform and would say, “Why don’t we go home and change and come out again?” But for mom, it was the immediacy of the moment that she probably felt would have been lost.

She also liked to go to movies. When we lived in Madras, we had several power cuts and summer holidays meant many matinee shows with mom.

Mom used to love stitching and knitting and tailored several outfits and knitted sweaters for me, most of which I hated, like any teenager would do, as they were never in fashion.

Mom was the first person, my brothers and I approached with our problems. She knew about our first crushes, problems with teachers or friends in school/college.

My parents also brought me up to be equal to my brothers and wanted me to do everything they did. Like for example, my father sent me out to buy a train ticket from the railway station for him, when I was just a teenager, saying I ought to know how to go out and do things for myself. I was terrified to go to the crowded Central station and face so many strangers. But, I suppose that gave me the confidence to take up tough assignments and travel the world alone as a journalist later on in life.

My dad knew I could write and encouraged me to take up English literature in college, so I could learn more about authors and writing. He also put me through a creative writing diploma and journalism course.

When I began writing short stories during my college days, dad would go through each story and edit it. He would be very critical, if he didn’t like something I had written and until I changed it, he wouldn’t let me send it out.

Much later, after I was married and became a journalist, he would be the first one in the family to read my articles as they appeared, from start to finish, and call me up to say he liked it and debate something I had said. Dad was very proud of my achievements and he was my inspiration to become a journalist and writer.

When I was a journalist with Deccan Chronicle, in Hyderabad, I was the first woman reporter and as I had small children, the chief reporter would keep posting me on desk duty, so I could go home early. I never got to go out and report and I started chafing at these restrictions. I spoke to the News Editor, who said desk duty didn’t bar me from going out to cover stories, so I started going out looking for stories. Thus started a series of ground breaking page 1 stories on social issues, including a campaign on child brides, which earned me much acclaim. Wall Street journal quoted me and a film maker interviewed me for a film on child marriages.

I always wanted to prove to myself more than anybody else, that I could do it, so often I would go the extra mile and do difficult assignments, often requesting for them.  I covered riots, political disturbances, bomb blasts, wrote several exclusive and breaking stories, interviewed personalities, like CK Prahlad, Lord Swaraj Paul, N R Narayana Murthy, Sri Sri Ravishankar, Amartya Sen among others for the newspapers I worked in.

Today, I write opinion pieces for the online news portal Firstpost.com and have four published books, two among them for children and I also do workshops for aspiring writers. Like a small child, I am always excited with whatever I am writing or working on, whether a journalism piece or a work of fiction, maybe that’s what keeps my interest alive in my work.   There are a few authors who have inspired me like Vikram Seth and Paulo Coelho.

Amartya Sen, whom I interviewed for Deccan Herald was a great inspiration to me as an individual. As a journalist, you learn not to be awed by anyone, but I was totally awed by Amartya Sen.

As for young children who want to write, my advice is to read, read, read, before you write. And don’t keep saying you want to write. Just write. Attempt small pieces, like an essay for the school magazine, then aim for the children’s newspaper with an interesting article on a current topic.

Parenting is a process and as a parent you learn to adapt to the times you live in. For instance, all my children’s friends were welcome home, whether boys or girls. This gave me the advantage of knowing who my children’s friends were. Teenage years are tough for any parent bringing up children in a metropolis with so many influences. So I had a rule that if my daughter wanted to go to any late night party, her brother had to accompany her otherwise she couldn’t go. This wasn’t difficult to enforce, as my children were only one and half years apart, and mostly had the same friends.

I taught my children the basic values which I hope stays with them, wherever they go. I never forced religion on my children. I always asked them to question their beliefs and always told them all religions were equal.

I never gave my children much pocket money (I couldn’t afford as much as some of their friends were getting) and encouraged them to work/intern during their summer holidays, to supplement their pocket money and also learn about the careers they were interested in. When they went for their expensive post-graduation in the UK, again, we didn’t have enough to put them through it, so the children took student loans and also worked in the evenings to part pay their living costs.

As a mum, you always have regrets and this was my biggest regret, that I never had enough money to give them a more comfortable life.

Today, my children are confident adults. My daughter was telling me the other day, when I shared this regret with her that it was because she worked most summer holidays, she was so confident and able to do so well in her career.

Now, I take my children’s advice on family issues and on my writing too. I read the books or movies they recommend. For instance, Paulo Coelho and Manga was introduced to me by my daughter and The Game of Thrones by my son. My daughter reads all the stuff I write and is critical if she doesn’t like something. My son designs all my book covers and is equally critical.

I recently celebrated 14 years of my book, The Colour of Dawn. At the reading, one of the panelists, noted artist, Suresh Jayaram, was discussing how important a cover was to a book. He suddenly pointed out my son in the audience and said that he had made the interesting cover for the book. This was a proud moment for me as a mother. 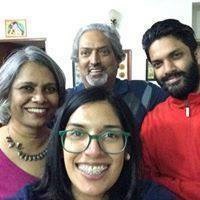 There are a few other moments like when my daughter took me to the Castro theatre in San Francisco to watch a sing-a-long movie- The Sound of Music. I had seen the film as a child and introduced this much loved film to my children too. At Castro, my daughter and I knew all the songs and we sang along with the others in the audience.  This was a great mom-daughter moment for me.

As mums, I think, all of us try not to be like our parents and want to be a unique parent, but we do bring in some of the stuff our parents taught us, especially their values. Then, I think we do get influenced by what is going on around us. For instance, as a journalist, I brought in my experiences and influences into my parenting too.” 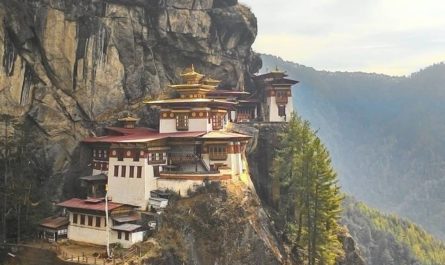 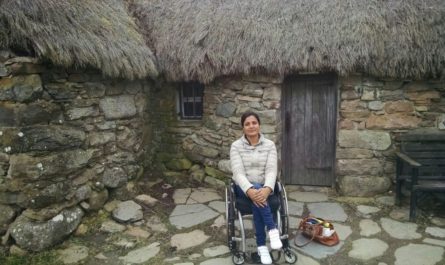 Nalina Girish on the need to push yourself for success 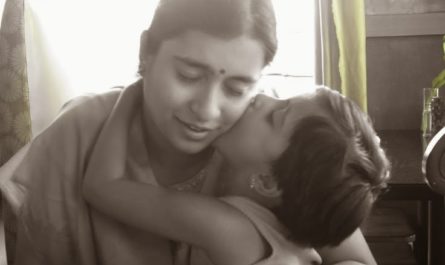 Being a mum and a parenting writer- Shailaja Vishwanath

One thought on “Janaki Murali on writing and motherhood”